About Your Pride and My Prejudice CH 117

I was quietly reading a book with the lights on in his room, and I quickly turned around at the sound of the door being opened.

Alan was standing in front of the door

He couldn’t take a step from there, just calling my name over and over again.

As if his heart was broken, with a wistful face that seemed to collapse at any moment.

He looked like he was crying even though he wasn’t crying.

I ran to the door without thinking and hugged Alan tightly.

A cold, large body that had been covered with the outside wind leaned to me as if he was falling.

It was a strange feeling.

He was clearly not crying, but his hard back was going up and down like never before.

It was scary to sit still and comfort his back.

I had a hunch that something big had happened to him.

My anxiety and fear of what to do if I can’t comfort him screamed near my heart.

I was afraid Alan would fall down like this.

So I took him to bed and laid him down on my lap and stroked his forehead for a long time.

His hair, as black and soft as ebony, smelled like a rose garden on a rainy day and the hazy leaves.

Alan looked up at me and looked into the air somewhere before closing his eyes.

Looking at Alan like that, I thought that no language could describe how beautiful his closed eyelids were.

There was no sound in the dim room except for his and my even breathing, but I felt it was fulfilling.

A defenseless face with eyes closed like an angel.

For this moment I was his refuge.

There was not a single thing in this room that was overwhelming and insignificant.

We were indeed swimming in perfect peace.

How long has it been As I brushed his pretty eyebrows silently with my fingertips, Alan suddenly said,

It was a confusing word.

I stopped and asked.

After a short silence he took a deep breath and said the words.

I had a hunch without difficulty.

My wish for two of them to be alive stopped with just being a wish.

Otherwise, he wouldn’t have come back with eyes that were about to collapse.

The next was as expected.

Alan said that his biological parents had long since……  Perhaps they died when he was still a child, and that’s why he said he couldn’t find them after more than a decade of searching.

The cause of death was a carriage accident…….

Troy, who was left alone, seems to have traveled to several nurseries, but all of his history was still in a maze.

He only miraculously found the first orphanage he had passed by, and it is said that a brief record of Troy was left there.

‘Temporary protection for the lost child.’

So at least it wasn’t the will of his parents to send him to the orphanage.

But it was still full of uncertainty.

Even the exact timing and circumstances of his parents’ death, and the fact whether they were really the ones who gave him the name Troy…….

There were countless emotions in Alan’s eyes who was saying these words.

He seemed to be recalling a very distant memory.

Should I rejoice in knowing that Alan’s parents had not abandoned him because of something else that they wanted Or should I be saddened by the conviction that the two of them are no longer in this world I didn’t know at all.

But when Alan said his parents’ names were Rose and Liam, and his real last name was Flynn.

And when I heard that it was Whitewood on the northern tip of Sourne…….

I was struck by a distant shock.

Unbelievable, but apparently they were the main characters of the novel * that I possessed.

Alan stretched out his arm at me, who was muttering frantically.

Then he smoothed my right cheek instead of answering.

Of course, he always reacts calmly no matter how silly I was.

“Alan, I’ve told you that this is my second life, right”

A small answer came back with a tired breath of laughter.

I’m sure there’s another word in his head that modifies me like a ‘wacky artist’.

He may be thinking, ‘Is she trying to comfort me by telling me a fairy tale’ but.

“Actually, I read a book in my previous life.

Somehow I was in a hurry and gave him a desperate look.

How can I get him to believe this story

“Are you trapped in a world in a book Poor Melissa.”

Then Alan reached out again and caressed my cheek.

Beneath my brown hair, loosely braided over one of my shoulders, were his shining eyes.

The cold eyes shone with a brighter color in the thin shadow of my body.

With a beautiful arc as if drawn.

I’m dead in my previous life.

It was at that moment that I came to this place.”

“So this is my world, my life.

I’m sure he’ll laugh if he knows what I was thinking when I first opened my eyes here.

“Even if it’s a stage that’s made, everyone living in it lives for something precious with their own will.

It’s no different from my original world.”

“I’m the one who doesn’t even appear in this novel.

But I’m doing my best more than ever, I’m living my life to the fullest.

There’s never been a moment in my life when I didn’t mean it.”

My noble and transparent love with hazy eyes.

“I love all the stories you tell.”

Did I look like I was going to cry His cool fingertips caressed the corners of my eyes gently.

“You being with me— It just doesn’t seem real.”

Even now, Alan whispered in his mouth.

I looked endlessly at the petal-like lips, forgetting to answer.

At that moment, Alan, who rose up, slowly overlapped his lips.

The tip of his tongue was so sweet that I felt numb.

My heart raced like I was about to die, and there was nothing I could do but hug him.

If I don’t block my chest with his chest, my poor heart will pierce the skin and run away.

We were lying side by side.

I was lying on my back, turning my head towards him, and Alan was lying on his back with his arms on my waist.

Rose and Liam’s child with eyes like the morning stars answered.

“You know, the Sourne Kingdom is the background.”

He was smiling faintly.

“……No, Whitewood, a small forest town in the North.”

Then Alan stroked my flat stomach and whispered.

“Right That’s what I thought!”

I turned to face Alan, excitedly.

The light chemise made a rustling sound.

“I’ve never appeared before, but don’t you think this title would have suited us well if we were the main characters The story of Alan Leopold, the arrogant noble, and Melissa Collins, full of prejudice against him!”

“The other way around, Melissa.”

He said, pulling me closer.

“Don’t you know how prideful you are”

“You make my life feel like nothing, so easily.”

I narrowed my brows in shock.

I’ve been hesitating all along because I was afraid that I would take it that way….

“……Is it because I said this is a fictional world”

Even if it’s in a novel, there’s no real world for me other than here.

It’s been a long time since my past life became dark.

Alan’s languid low-pitched voice tapped in my ear as I was thinking about it.

“I get nervous whenever I think of you.

It makes me vicious and powerless at the same time.

Only you make me feel that.”

I swallowed my breath as he gently touched my forehead.  Alan’s voice sounded like a beautiful melody.

“What a stupid prejudice I thought you were a small, fragile raindrop.”

“You were the sea and I got lost in it.

His lips whispered from a distance as if they could be reached at any moment.

“I think it would be good to sink in like this.”

As soon as I called his name with a trembling breath, his long eyelashes fell silent.

Suddenly, this feeling passed by.

I don’t think any sentence I’m going to make will touch him more than the words he told me today.

I gently raised my head and kissed him slowly on his cool, flawless cheek, and looked at him with a dream-like look.

After a difficult day, Rose and Liam’s child returned to my arms.

So, your mother, who later becomes Rose Flynn, is the main character in .

The novel ends before the two get married…..….”

But outside of that story, after overcoming so many hardships and adversity, the two eventually became a family.

Perhaps because I vaguely thought that they would be alive somewhere, I couldn’t help but feel sour at the sudden truth.

But that Rose gave birth to such a pretty you.

You’re the fruit of two people I loved.

You weren’t like God’s birthday present to Melissa Collins.

You are a gift from Rose’s tears and love.

The thought made me tear up, so I kissed him on the cheek again and continued.

“Whitewood’s Rose was such a lovely girl that…….”

Until Alan sleeps, or even after he sleeps, to tell the beautiful story all night long.

T/rant: the revelation of the original novel was just not the way I expected (●__●) but this is a light romance novel, so I couldn’t expect much dramatic way to get a revelation and more than that, it seems Alan just accepted her words…..idk like since your lover is saying those words so you just accepted.

I’m tired of this Earth that is slowly getting destroyed by pollution. 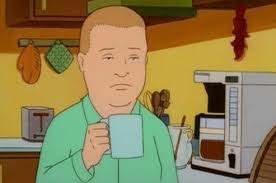 On a side note, pls do not waste electricity, pls do not contribute to spreading pollution.

Scan the code to get the link and open it with the browser
Bookshelf synchronization, anytime, anywhere, mobile phone reading
Collection
Page
Source
Comment
Review
Feedback